Since starting up Prairie Artsters two years ago, I've been consistently asked two things: "When are you going to Toronto?" and "When are you going to Winnipeg?" Refusing the concept that I have to be in Toronto to be an art critic, I have also never felt compelled to visit the other end of the prairies. Until last week. A very pretty town with a sense of history in its buildings and a cooperative approach towards nearly everything, Winnipeg, as I had been informed on countless occasions, really does harbour one of Canada's most vibrant arts communities.

With a great reputation for quality-controlled programming, or more accurately, cooperatively shared programming and mentoring, Winnipeg just keeps on humming along by generating their own work rather than relying on imports and exports for new people and their ideas.

Arriving at the beginning of the Winnipeg Fringe, it appears that this is a town where the strange is the norm and that the norm is both a bargain and a surprise. With a Giant Tiger store as the only grocery store in its downtown core and some of the best sushi I've ever had, comparable to anywhere in the world, Winnipeg is not a place that is obvious, or even logical, but there is clearly something worthwhile that directly translates to the arts scene.

Highly regarded for its ballet company, Winnipeg also has the longest history of contemporary dance in Canada. With a history of vaudeville still apparent in the theatre houses still standing and one of the best folk festival reputations going, it's also notable that Winnipeggers support and create their arts and culture in a way that hasn't involved corporate sponsorships, nor looking elsewhere for model inspiration.

With large spacious studios still going for a couple hundred a month, storefront galleries in centrally located areas and affordable quality housing seemingly everywhere, Winnipeg—I can only imagine—is what Edmonton could have been without the boom and bust cycle.

On the surface, there remains a lot of buildings from the turn of the century that still stand, even though some have long been abandoned. With no capital to demolish and rebuild, except for the MTS Centre on the site of the former Eaton's building, Winnipeg looks and feels like an earlier era, and that informs how we engage with the place and its identity. Lacking any desire, or ability, to be, for the lack of a better word, cool, all that's really left is the quality and content of the work and the people.

Hitting up the artist-run centres and institutions last weekend, I was led through the downtown cluster of media and digital arts (Cinemateque and Platform), a mentorship programming space (MAWA), national contemporary work and focus on Aboriginal art (aceart and Urban Shaman), and the spawn of it all, Plug In, which is in the process of constructing its own building in partnership with the University of Winnipeg on a site just beside the tyndall monolith known as the Winnipeg Art Gallery.

The arts scene in Winnipeg seemingly appears to be a very small and friendly community that is both socially engaged, contemporary and non-cynical. Perhaps they just have nothing to be cynical about: with emerging artists being supported and mentored rather than placed in direct competition with established artists, and with the lineage and history of the place not overshadowing or trying to dominate contemporary practices, there is a lucid sense that there is both room to grow creatively and professionally while being held up against accountable standards. Not quite frontier, not quite metropolitan, it's a place known for quirks and rebels, and although I maintain no plans to move across the prairies, that sentiment is no longer an improbable consideration.

Prairie Artsters: Mourning of a Visionary*

The recent passing of celebrity entertainers, most notably Michael Jackson, has produced an outpour of deeply seated grief, most of which is coming from the legions of fans who long ago gave up on their former idol. Swept away by gossip and bizarrely mundane fodder, Michael Jackson the artist peaked long ago—unable to recuperate from the fall of his own fame—and there is a palpable sadness in the fact that the former King of Pop was never able to redeem himself, socially nor artistically. To mourn a celebrity is to mourn their life and death, but to mourn an artist is to mourn their art, which in Jackson's case occurred close to three decades ago. 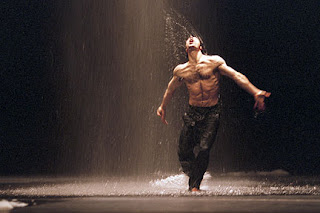 The recent passing of Pina Bausch, however, comes as utter shock and grief over the sudden passing of a cultural icon that had yet to fade creatively. Just two years ago, Bausch received the Kyoto Prize, the first woman to receive one of the world's top accolades in the category of art and philosophy.

At the exact same time, her company, Tanztheatre Wuppertal, performed Nefés at the National Arts Center as the sole and rare Canadian stop. Like many others from various backgrounds and disciplines from all over the country, I had flown to Ottawa for the sole purpose of seeing a Pina Bausch piece live—the epic propensity of her art has a drawing power that is not connected to the woman herself. As a later piece, Nefés was arguably not one of the richest in Bausch's immense oeuvre, but her trademarks of refusing to be limited by logistics or genres was fully felt over three hours of being completely immersed and enraptured.

Bausch, who only discovered she had cancer five days prior to her death, was an artistic visionary completely unto her own. Starting from the age of 14, she began training with Expressionist dancer Kurt Jooss before coming under the influence of Anthony Tudor at Julliard. Bausch did not simply move the body, represent it, set it into motion; rather, Bausch rendered the body by rendering movement on and from the body. Setting dynamic states of play, Bausch's visions wavered between the bittersweet and the apocalyptic, the grandeur and the chaotic, catering to no one's expectations by creating her own standards of aesthetics. As one of the pioneering forces in bridging ballet and contemporary—and dance and theatre—it was Bausch's will and vision that led her to be one of the most respected artists in the world.

Never one for the limelight, Bausch's death, as in life, was overshadowed by more digestible news. It's not fair to compare Bausch with Jackson, as the issue is not talent or integrity on their part, but rather completely about our own values of culture and entertainment. Both have been influential to dancers of a certain generation, and both have been revolutionary in their field, but while collective grief over Jackson as a public persona is manifesting in obsessive updates on his estate and paternity claims, the collective and far more subdued grief over the notoriously private Bausch lies not in the salacious and surface details of her life, but in accepting the intangible loss that the world will never again be graced by one of Bausch's visions—and it is the loss of her art, and not who we believe the artist to be, that needs our mourning.